Hometown
Vernon, BC; born in Singapore


“I’m a real globalist who tries to bring the world to my teaching at UBC.”

ADAM JONES is exactly where he wants to be—at UBC’s Okanagan campus teaching weighty topics and interacting with students in a way only possible at a mid-sized campus. Why International Relations?

“When I go to large universities and stroll around campus it feels like a zoo,” Prof. Jones says. “If I were at a campus like that it would probably take me five years just to learn the names of my colleagues, let alone my students.”

Originally from Vernon, Jones is thrilled to be back home teaching at a world-class institution where he is afforded the freedom to design courses around topics he is passionate about including genocide and structural violence, crimes against humanity, and gender and violence. 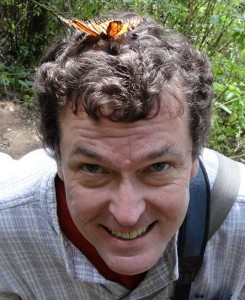 Adam Jones with butterfly on his head. Photo by Griselda Ramirez

“There are very few days that go by that I don’t thank my lucky stars that I have this job,” he says. “It’s a bit of a dream from a pedagogical perspective to be able to build your teaching load effectively around your greatest areas of interest, and the excitement I feel carries over
to the students.”

Jones is head of International Relations at UBC’s Irving K. Barber School of Arts and Sciences, and a widely published and acknowledged expert in the field of genocide.

He has published 15 books in the past 12 years including the acclaimed textbook Genocide: A Comprehensive Introduction and Crimes Against Humanity: A Beginner’s Guide. In 2010, he was named one of “Fifty Key Thinkers on the Holocaust and Genocide” for the book volume of that title. He is also executive director of the web project Gendercide Watch and an expert consultant to the United Nations Office of the Special Advisor for the Prevention of Genocide (OSAPG), where he specializes in conflict prevention.

THE WORLD IN PICTURES

Jones is well travelled—99 countries and counting—and is a prolific photographer with a collection of 15,000 photographs from places such as Bosnia and Herzegovina, Cambodia, and Rwanda.

He incorporates the images into lectures, allowing students to see the real people behind the unimaginable events he often discusses in class. (View his Global Photo Archive on Flickr, where he acknowledges, “My creative strategy is to record subjects in the evanescent moment that we share. I offer the results as a tribute to their uniqueness and vitality, and as a celebration of humanity as a whole.”)

“As someone who was teaching at Yale before I came to BC, I can say that the quality of research and written work students produce here is certainly comparable to what I saw from undergraduates at Yale University—some of the most privileged undergrads in the United States.” 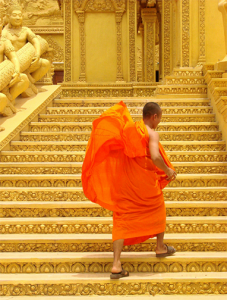 Jones’ students seem equally enamoured with their prof, who has been on the Teacher’s Honour Roll for the past six years. Student evaluations—the method used to determine who wins the award—are overwhelmingly positive.

“I think students find me pretty well informed and able to talk about, and clarify, a wide range of things. I’m also a real globalist who works to bring the world to my teaching at UBC,” he says.

“One of the advantages of UBC Okanagan is it has greater opportunities for up-close and continuing contact with professors. I find that I tend to follow students through their academic career here and see them at various stages because they’re likely to take a number of courses with me.”