“The humanities are critical to addressing issues like climate change. We’re a tech-driven society that looks to science to solve all our problems, but a lot of these issues have a large human or social dimension to them, and that can’t be ignored.”


Author, researcher and history professor Brigitte Le Normand is a champion of public humanities on the UBC Okanagan campus. 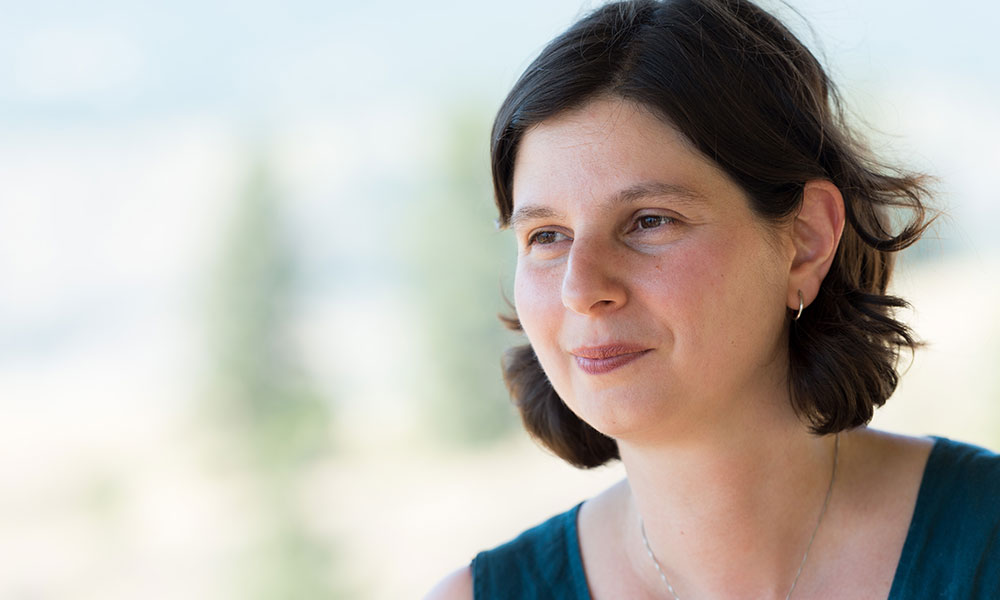 BRIGITTE LE NORMAND’s PASSION for history began at an early age. While attending a French elementary school in Montreal, Quebec, it was an in-class experience that made her realize history would be a big part of her future.

“I was 12 years old, and it was the bi-centennial of the French revolution,” says Le Normand. “The teachers at my school made a big deal of it, and I got really engaged in the topic. I read books, wrote a novel and tried to write a play. It really caught my imagination, and the rest is history — so to speak.”

“I was so sure it was the right choice because of my love for the French revolution,” she says. “But interestingly, I became bored with it, and was searching for a different focus, while remaining a history major.”

Find out more about History Le Normand found it while attending The Body of a Woman as a Battlefield in the Bosnian War, a French-language play by Matei Vișniec.

“It dealt with rape as a weapon of war — and it really caught my attention,” she explains. “I mean, partly because it’s a shocking subject, and one that I felt passionate about, but it was also because of how it related to life in Quebec.”

The relation Le Normand refers to is the turbulent period in Quebec during the 1995 independence referendum.

“I was startled by how quickly friendships could be broken by politics, and how a seemingly stable society could be torn apart so quickly,” she recalls. “In thinking about the breakdown of Yugoslavia, it raised the same kinds of questions for me.”

“I consider myself to have two areas of expertise: one is the history of Eastern Europe and the other is urban history,” she explains.

Le Normand published her first book in 2014 on urban planning in socialist Yugoslavia, focusing on the capital city of Belgrade, and how they tried to reimagine what cities would look like under communism following the Second World War.

“It’s really an interesting thing to research,” says Le Normand. “It was a city not driven by a capitalist logic but by the values of socialism, celebrating workers, and placing equality at the heart of urban planning.”

“Yugoslavia was the only East European socialist state that opened its borders. At the height of the migration,” she says, “there were a million Yugoslavians living and working in Western Europe, and my research is interested in the ties they maintained with Yugoslavia, and exploring that continuing cross-border relationship.” 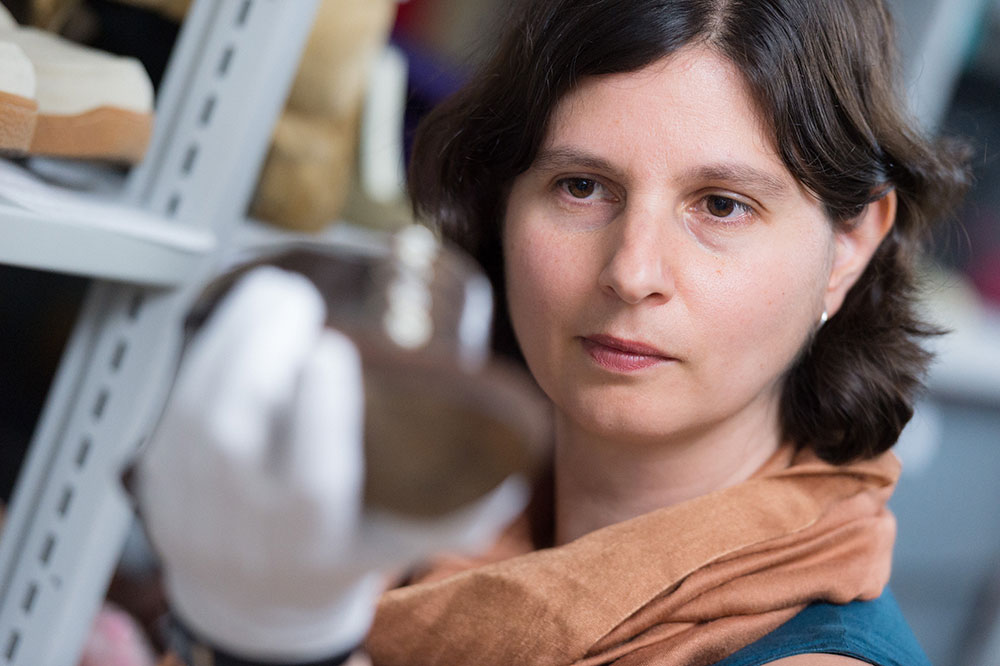 SETTLING DOWN IN THE OKANAGAN

After a short stint as a professor at one of Indiana University’s branch campuses, Le Normand decided to move her family to the Okanagan.

A self-proclaimed city girl, Le Normand says she’s grown to love the beauty of the region.

“It did take me a while to get acclimated here,” she admits. “But I do find Kelowna is becoming more and more urban — its cultural life has become richer, and its downtown denser and livelier, and I think that’s a positive change. I’ve also really come to appreciate the beautiful natural landscapes and the access to recreation,” she adds.

A mom of three, Le Normand is happy to have found a place where her children can learn and thrive.

“I think what’s really cool about raising kids here is that they’re growing up in a natural place — and really understand where food comes from,” noting her family’s go-to weekend plans include trips to local farms and markets. “It’s important they understand the natural world and our relationship to it.”

Another box that the Okanagan checked for Le Normand was British Columbia’s francophone school board. “It’s really special that I grew up in Quebec speaking French, and I can send my kids to a French speaking school here — it’s something that’s important to me,” she says.

Being Le Normand’s first teaching job in Canada, she wasn’t sure what type of environment she’d be walking into, but says she was pleasantly surprised.

“Teaching here has overall been really positive. I’ve had the opportunity to co-teach with someone outside of my field, Bonar Buffam in sociology, and that was a very interesting experience,” she says. “I find teaching is most enjoyable when you’re learning at the same time.”

Le Normand has also embraced the opportunity to learn from students.

“I find students on this campus are eager to learn, and respectful of one another and faculty. I didn’t always have that experience in my last position.”

Recently appointed the Academic Director of UBC Okanagan’s Public Humanities Hub, Le Normand is looking forward to raising the profile of the discipline.

“The goal of the hub is to highlight and promote research in the public humanities,” she explains. “Put simply, it’s humanities research with the purpose of engaging the public, in which we bring together researchers from different fields to help us understand and address problems.”

Le Normand says the hub will focus on four areas of interest: medical, environmental, and digital humanities, and public history.

“I want the public to know about humanities research going on in the Okanagan and how it can play a role in tackling serious challenges,” she says.

“The humanities are critical to addressing issues like climate change. We’re a tech-driven society that looks to science to solve all our problems, but a lot of these issues have a large human or social dimension to them, and that can’t be ignored.”

BRINGING HISTORY TO THE DIGITAL AGE

Le Normand’s current research focuses on the Eastern European city of Rijeka. In the period between the First World War and the end of the Second World War, Rijeka, formerly known as Fiume, was under the control of Italy, but became part of Yugoslavia following the Second World War.

“I’m fascinated by how this border change impacted every aspect of Rijeka — the people, the culture…it changed its nature,” she says.

Le Normand recently received funding from the Social Sciences and Humanities Research Council of Canada to pursue an interdisciplinary research project with geographers, digital humanists and fellow historians, delving deeper into the subject.

While Le Normand’s archival research specifically focuses on Rijeka as a port, she is working with a team of historians, geographers and digital humanists to collect and analyze data on changes in Rijeka, with one of the goals being to develop an app. 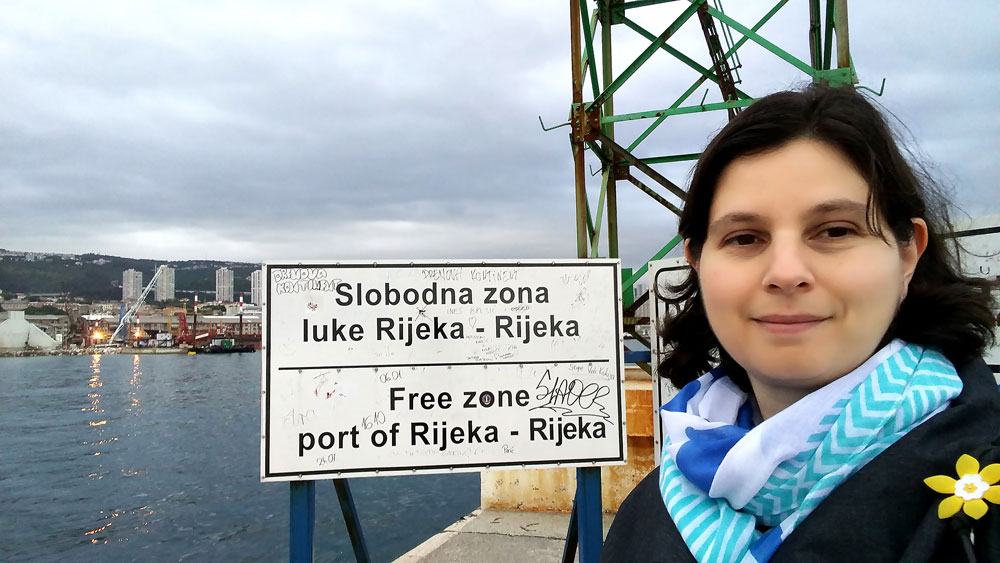 “We really want people to engage with Rijeka’s history,” she explains. “Once the app is completed, the public will be able to learn about the city’s past through augmented reality.”

Users will be able to point their phone at buildings or streetscapes and instantly call up media records related to markers the team will document throughout the city.

“We hope people will find it’s a really cool way to learn about the area’s history” she says. “We’ve also created a website where anyone can upload knowledge they may have about Rijeka.”

Information submitted to the website will be used by the team’s digital humanists to develop network graphs that allow people to better understand relationships between different items on the map.

While Le Normand acknowledges that apps aren’t necessarily the first thing that come to mind when thinking of history research, she says being able to share her work with the public in an accessible format motivates her research.

“There’s so much interconnectedness in this world that may not be obvious to the naked eye,” Le Normand says. “Public humanities is all about researching these connections, while sharing and collaborating with the public. I really feel privileged that I get to wake up and do this every day.”