“I remember touring the campus with my brother and thinking how cool is was. There was something about the place that just resonated with me.” 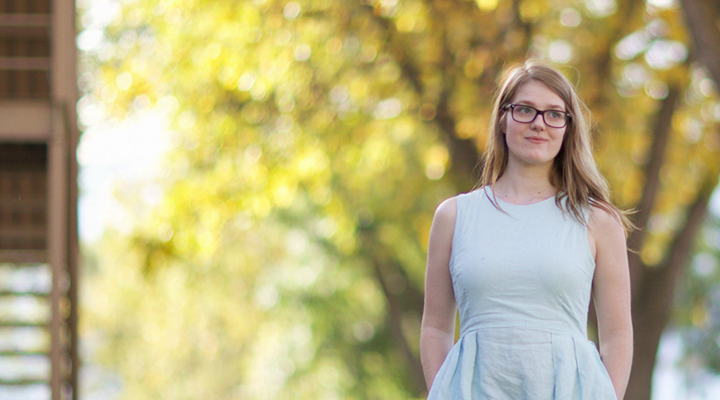 CELINE CONLY was in Grade 9 when she fell in love with UBC’s Okanagan campus.

“I remember touring the campus with my brother and thinking how cool it was,” she says. “There was something about the place that just resonated with me. The residence buildings, particularly the Cascades, were also amazing.”

Conly commuted from Vernon, BC during her first year but found she missed out on traditional first-year experiences. The next year she moved onto campus where she lived in the Monashee building and immersed herself in campus life, working as a peer mentor, a collegium assistant, and a resident advisor, awarded both the Team Player and Unsung Hero awards.

Many of the jobs she undertook were decidedly outside her comfort zone, but she pushed herself. 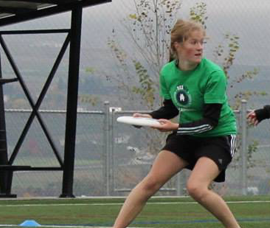 “I have grown as a person and developed so many skills that I wouldn’t have had otherwise. I learned how to manage my time and how to be assertive, but not aggressive. I’ve also made more lifelong friends than I thought possible.”

Conly says she’s impressed with the university’s commitment to supporting students academically through the Writing and Research Centre, Math and Science Centre, and supplemental learning programs—resources that helped her become a four-time Chancellors Scholar and Dean’s List honouree. She also extols the campus’ manageable size.

“I loved the idea of having small classes and being able to get to know my professors and have them know my name, even in first-year classes,” she says.

“You graduate with the prestigious UBC degree but get to earn it in a much more personal way. It’s essentially having the best of both worlds.”

Conly has enjoyed the variety of courses International Relations allowed her to sample. She says she chose the program after reading a newspaper article in which a local lawyer was quoted as saying his IR degree prepared him well for a law career.

“He talked about how it prepared him for law school in the sense that he developed his critical writing,” she says. “I like the degree because you take a little bit of everything but can personalize it.”

Conly plans to pursue a career in law and hopes to specialize in aviation law, which will require a PhD from McGill University in Montreal. Until then, she’s making the most of every moment in class and around campus.