“Somehow I managed to come out of a difficult year with a far better academic performance than the year before.

Continuing my education through all of that is one of my greatest personal accomplishments.” 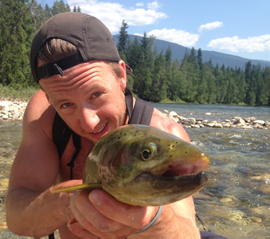 
Daniel King reflects on challenges, the open-door policy, and his personal and academic development 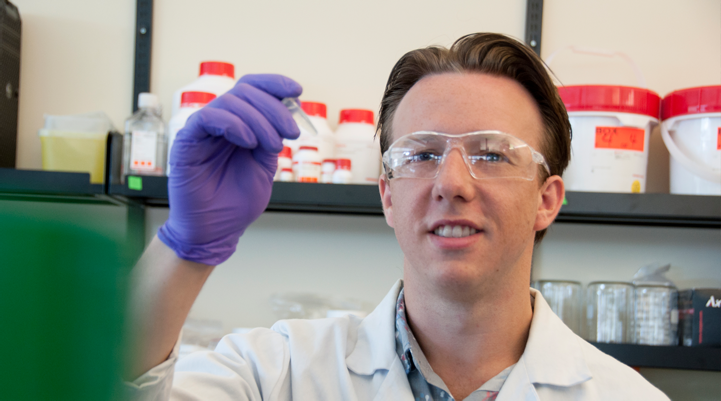 FOR MOST UNDERGRADUATE STUDENTS, the first year can be a difficult one. For Daniel King, who had been out of high school and working for three years, his university start was particularly rough. Why Biochemistry?

“I had to adjust fast and do as well as students who had recently just graduated from high school. It was a very steep learning curve,” he says.

King chose UBC Okanagan for a few reasons. He knew he wanted to pursue post-secondary education, but the prospect of a large university with thousands of students was intimidating.

The smaller, more intimate Okanagan campus was the biggest deciding factor. Admittedly, King says he entered first year feeling rusty. Now in his third year, King feels he has come out of that experience more capable, mature, and better prepared.

The people, professors, and services at UBC Okanagan have made a significant impact on King’s undergraduate experience; being able to get to know professors has been invaluable.

“The community has a small-town feel, but still offers the quality of education, research, and professionalism you would expect from an institution with the UBC brand.”

Chemistry professor Edward Neeland’s open-door policy has been instrumental. “I have had him as a professor in four courses,” King says, “and have learned so much from him, such as improving on independent thinking and problem-solving abilities. He has always been available to discuss and advise on academic, as well as personal, matters. The skills that I developed while taking his organic chemistry course have laid the foundation for my future academic success.”

When two members of King’s immediate family fell ill during his second year of studies, King once again overcame a difficult period.

“Balancing stress, time, and ill family members, along with the workload that a science degree demands, made for one of the most testing times in my life. Somehow I managed to come out of the year with a far better academic performance than the year before.

“Continuing my education through all of that is one of my greatest personal accomplishments,” he says.

In his time at UBC Okanagan, King has grown passionate about many major issues, including sustainability, environmental protection, and climate change. This passion was sparked after taking a first-year Earth and Environmental Sciences course as an elective.

“It was perhaps the most eye-opening course that I have taken to date. I had an idea about some problems we as a society face, but nowhere near the number of issues that I learned about in that course.”

Along with a new passion in sustainable living and protection of the environment, King hopes to get involved in cancer research, specifically a new innovative method of treating certain cancer types with altered viruses.