“My job would not have been possible 10 years ago, or without the valuable skills I gained during my undergraduate degree.” 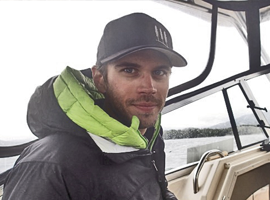 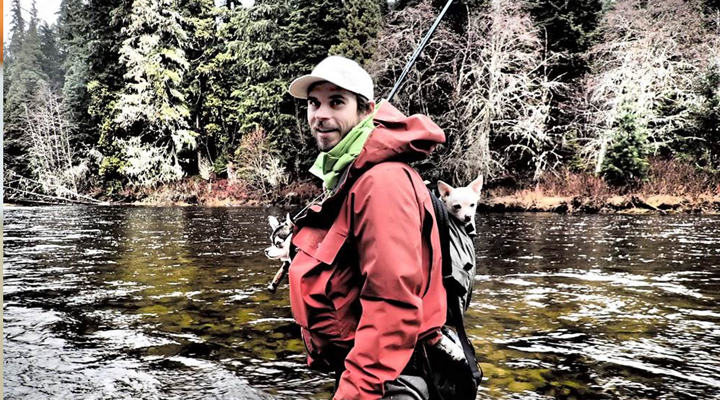 ONE COURSE CHANGED EVERYTHING for UBC Okanagan Economics graduate Hannes Edinger. After class one day, he asked Professor John Janmaat what he could do to improve his chances of gaining acceptance to the graduate program of his dreams. Janmaat’s answer was simple: Take a self-directed studies course. Why Economics?

Under Janmaat’s supervision, Edinger completed a self-directed studies course investigating what implications the name of a wine has on the price customers are willing to pay for it. “Dr. Janmaat opened my eyes to using the framework of economics to analyze environmental problems. The realization the economics can be used to solve such a wide range of issues is what produced my enthusiasm for the discipline.”

Edinger went on to complete an MA in economics from Queen’s University, and in 2012 started Big River Analytics, a statistics consulting firm in Terrace, BC, where’s he’s Chief Economist. But he says it was experiences during his undergraduate studies that gave him the necessary confidence to succeed in graduate school and business.

“The product of my directed-studies course was accepted for presentation at the American Association of Wine Economists Annual General Meeting in Davis, California, and at the Canadian Economics Association’s annual meeting in Laval, Quebec. The one-on-one instruction I received during the course and the experience I gained from presenting my research taught me things I could never have learned by just being in a classroom.”

Other professors also influenced the direction of Edinger’s future, including then head of economics Peter Wylie and instructor Noriko Ozawa. “Dr. Wylie allowed me to tailor my program to include courses that I felt would add to my skill set. In the process, I ended up with a minor in math and statistics. Dr. Ozawa taught a notoriously difficult—almost infamous!—course required for all economics majors, but she unflinchingly challenged her students to take the course seriously and succeed.”

Edinger credits the flexibility of the UBC Okanagan Economics program, the exceptional instruction and the combination of courses with providing him with the academic base to excel in graduate school, where he received three competitive scholarships and fellowships. He adds that during his time at UBC, he developed both the technical skills he employs in his day-to-day work, and also the critical thinking framework upon which he draws for all aspects of his life.

Edinger also co-founded the UBCO Investment Club, “a fun, albeit short-lived club where we pooled student contributions and talked about investment strategies.”

LOVE WHERE YOU LIVE

UBC Okanagan’s proximity to recreational activities and the mountains allowed Edinger to indulge his passion for snowboarding and the outdoors in-between classes and studying. The avid fly fisherman and outdoorsman now lives in Northwestern BC, where he balances his love of nature with his love of economics.

“In my work, I’m passionate about using technology to lower the cost of primary data collection, which in turn empowers smaller and smaller organizations to produce, use, and possess their own data, allowing them to make informed decisions.

“My job would not have been possible 10 years ago, or without the valuable skills I gained during my undergraduate degree.”