JENNIFER LEASON MEANS MUCH TO MANY. Mother, Aboriginal, researcher, listener, PhD graduate. She has been both teacher and student. She is an advocate for women, and for Aboriginal communities. She is an optimist.

But the life of a polymath is not without its struggles. Dedication to meaningful work and her desire to find balance between being a working mother in the world of academia ignites her passion and commitment for doctoral research.

Her goal is to create a model for change and cultural safety for Indigenous women’s maternal and reproductive health. Her two young boys, generations of family, and a close Aboriginal community provide inspiration.

“I think being grounded in my relationships and community helps to bring the community and academic worlds together,” she says. “It’s a balance, or gwayoshkawin (Saulteaux word for ‘balance’), between theory and practice.

“My research is about bringing the academic community and greater community together for a dialogue, in a way that makes sense for people.”

“I’ve been shown that my indigenous perspective, theory, methods and ways of knowing are valued,” she says. “I didn’t have to change who I was to fit into a PhD program. In fact, it was recognized that who I am brought something unique and valuable.

Leason’s doctoral research was focussed in the Okanagan Valley on the social determinants of health (SDH)—the social and cultural issues that affect Indigenous women’s health—among Métis and First Nations women.

Her particular focus was women’s reproductive health and their experiences of maternity (from antenatal to postpartum care), and the kinds of constraints, barriers, and discriminations that prevent them from accessing appropriate reproductive care.

“When you look at the literature in Aboriginal people’s health, specifically Aboriginal women’s maternal and reproductive health, the health disparities and inequalities are alarming,” Leason says. 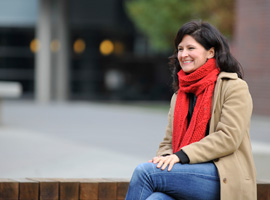 “I wanted to understand what was happening because there are so many gaps in the data and literature. And then my interest grew to exploring why it’s happening and how we can collectively create solutions at a community level.”

Straight out of high school, Leason pursued neuropsychology at the University of Saskatchewan. Then she worked for Correctional Services Canada in a maximum-security prison; taught English as a second language in South Korea; and returned to Saskatchewan, where she worked in social services and mental health services.

“After seeing the overrepresentation of Aboriginal people in Canadian systems, such as the correctional system, welfare and mental-health systems, and then witnessing what was occurring in maternal and reproductive health in India, I recognized the parallels Indigenous women across continents were experiencing in terms of disparities and inequalities,” Leason says. “I wanted to understand why.”

So she applied for graduate school at UBC Okanagan and received funding support from the Canadian Institute of Health Research (CIHR), Kloshe Tillicum, UBCO, INDSPIRE, BC Association of Friendship Centres, and Métis Nation BC.

Dr. Naomi McPherson, associate professor emeritus (Anthropology) and Leason’s former supervisor, describes her as “an exemplary role model for all UBC graduate students, especially for First Nations and Métis students at UBC Okanagan. Jen is an extremely talented, intelligent, and humane young woman who is already making a difference.”

One of the research projects Leason completed in 2012 analyzed Aboriginal women’s responses to the 2009 Canadian Maternity Experiences Survey (MES) conducted by the Public Health Agency of Canada and Statistics Canada. The MES study consisted of 300-plus survey questions that examined women’s prenatal, labour and birth, and six months post-partum experiences.

“The MES stated that it was particularly interested in results from vulnerable populations such as recent immigrant women, Aboriginal women, and young mothers which would be released in focused publications. However,” Leason says, “the focused publications were never produced.”

“It was a great exercise and learning experience for me in conducting quantitative research and understanding current public health research and the inclusion/exclusion of Aboriginal women.”

To learn about the context of Aboriginal women’s maternity experiences, Leason conducted qualitative interviews with 10-15 Aboriginal mothers postpartum and one focus group with 10-12 early childhood educators, teachers, and staff from Snc’c’amala?tn, a daycare/school on the Okanagan Indian Band (the Okanagan word means “where the children are”). Participants came through the Okanagan Nation Alliance, Kelowna Métis Community Services, the Vernon Friendship Centre, and Snc’c’amala?tn.

Leason’s MA thesis reflected on the health inequalities among Indigenous peoples in Canada and the historical role of the residential school system.

Her doctoral thesis focussed on understanding women’s experiences from their point of view, and to contextualize the complex, interrelated SDH.

“Through dialogue,” she says, “we can gain an understanding of Aboriginal women’s maternal health priorities, issues, areas of focus and intervention, as well as identify gaps and next steps in research, policy and programming.”

The MES, however, also underscored a number of important issues including the exclusion of subpopulations of Aboriginal women.

It raised concerns about SDH and lower socioeconomic status on maternal and reproductive health and health pathways, the impact of stress and the severity and frequency of stressors, as well as higher rates of violence and post-partum depression. And it highlighted the need for public health awareness and support to address maternal smoking and second-hand smoke exposure, nutrition, and folic acid intake and awareness.

These and other findings speak to future generations of women and children through inclusion, dialogue, and gwayoshkawin—balance.

“I’ve been shown that my indigenous perspective, theory, methods, and ways of knowing are valued. Who I am brings something unique and valuable.” 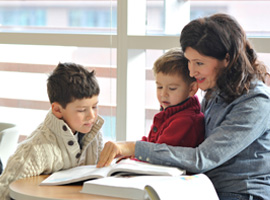 Jennifer Leason has a mixed heritage and a huge extended family from both sides.

“My dad has four sisters and my maternal grandma has six sisters, and my mother and sister have always been huge influences in my life. I’ve always been surrounded by strong women. And then all of a sudden the Creator blesses me with two sons. I think that’s the Creator’s way of instilling balance within me.

“Sometimes I struggle with how much my work and school takes me away from my boys.”

“Deep down, I know that I am teaching my sons a valuable lesson: it’s about ending the negative cycles that have plagued our families and communities through education, opportunity, and advocacy,” Leason says.

“They’ll see that it’s about the greater good and working to ensure the voiceless are heard. It’s important to me to teach them respect, not only for themselves and Mother Earth, but also for women. And to help them understand the important role that they play as the next generation.”