“Kelowna may be a small city, but it has endless opportunities for exploration, and I knew that waking up and studying in a city as beautiful as this would only be something I could experience if I attended UBCO.”


A Place to Call Home

Faced with the challenges of moving to a new country, undergraduate student Laavanya Prakash found a piece of home in the UBCO community. 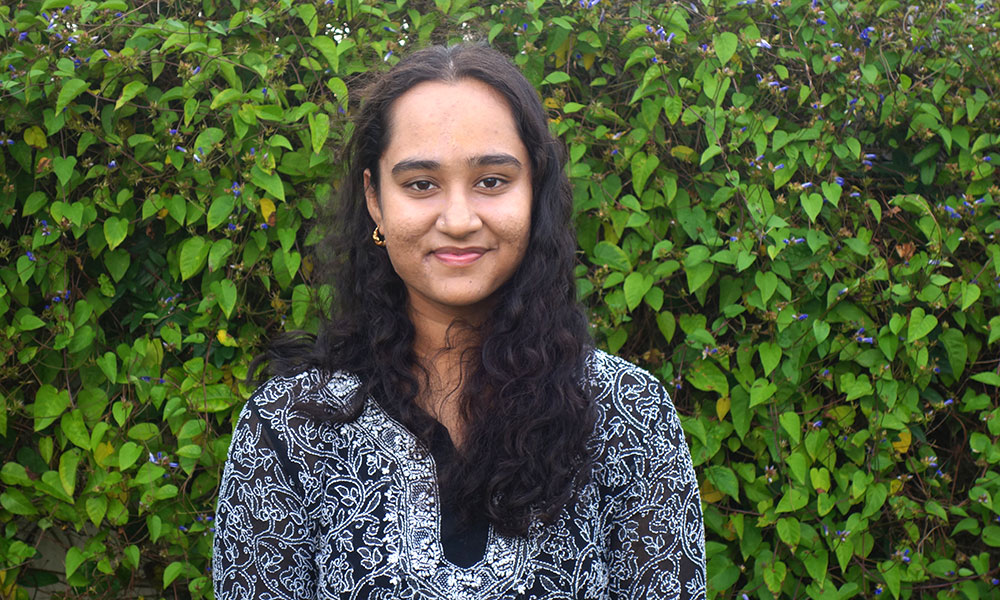 ORIGINALLY FROM BANGALORE, INDIA, undergraduate student Laavanya Prakash knew she wanted to attend an international university that would give her a sense of comfort. She was drawn to UBC Okanagan (UBCO), which offers a smaller campus size that allows for effective communication between students and professors. Find out more about Creative and Critical Studies

“To me, this meant I would be extremely comfortable when it came to things like ‘fitting in’ and homesickness,” Prakash explains. “Kelowna may be a small city, but it has endless opportunities for exploration, and I knew that waking up and studying in a city as beautiful as this would only be something I could experience if I attended UBCO.”

As a recipient of two major international scholarships, she notes that financial assistance was another factor in her decision to attend UBCO.

“Receiving these awards not only made my decision easier, but also provided me with a sense of validation towards my goals. It provided me with various opportunities such as networking dinners with the Deputy Vice-Chancellor and the Dean of my faculty.”

She adds, “this kind of recognition as an undergraduate truly showed me the way UBCO values its individuals and their work.”

Now three years into her undergraduate degree in art history and visual culture, Prakash doesn’t doubt her decision for a moment.

“The community here is extremely diverse and supportive,” she says, crediting the university’s various international student resources and clubs. “I came to UBCO from India, and the first thing I did was search for a piece of home in a place that was unknown to me. In doing so, I found various Asian clubs and within them, the Indian Culture and Dance Club.”

In her first year as a member of the club, Prakash experienced the festivals and sense of community that she grew up with in India, which helped her feel right at home. So much so that Prakash is now the club’s President.

But despite finding her sense of community, Prakash faced some challenging decisions on the academic side. After enrolling in a first-year art history and visual culture class with Associate Professor Hussein Keshani, she realized that she was more interested in art history than fine arts, and decided to change her major.

She adds that although challenges are a part of university life, and students are no doubt faced with many, “they help you grow and understand what it actually means to be an adult and make life-changing decisions.

“It gets scary and you often think that you should stick to your comfort zone because you’re already having this one experience that just seems so crazy, but honestly, stepping out of my comfort zone and making the decision to change my degree was something that truly changed my university experience for the better.”

She adds: “As an international student, we’re often faced with challenges in the sense that there are these massive decisions we have to make within one that we already made, which was to study abroad.”

Despite the fact that Prakash came to UBC Okanagan with very little idea how she would navigate the next four years in an unknown environment, she has flourished in Canada.

“I would say to my first-year self that it’s okay, you will figure things out. There are people around to help you, and soon this environment that you feel this sense of discomfort in will become a place you call home.”

In 2020, Prakash received the Faculty of Creative and Critical Studies’ International Research Award, which she is using to explore the British colonization in Lucknow, near her hometown of Bangalore.

Supervised by Hussein Keshani, associate professor of art history and visual culture, Prakash is examining the extent of the impact of British colonization on post-rebellion Lucknow’s city planning, architecture and sacred geography. The project explores how British efforts to create breaks in physical space and to disrupt the religious geography of the city still reverberates amongst Lucknow’s population today.

With the funding, Prakash will purchase equipment to visually document architectural elements for the project, which will allow her to fully explore this aspect of history which has affected societies globally. 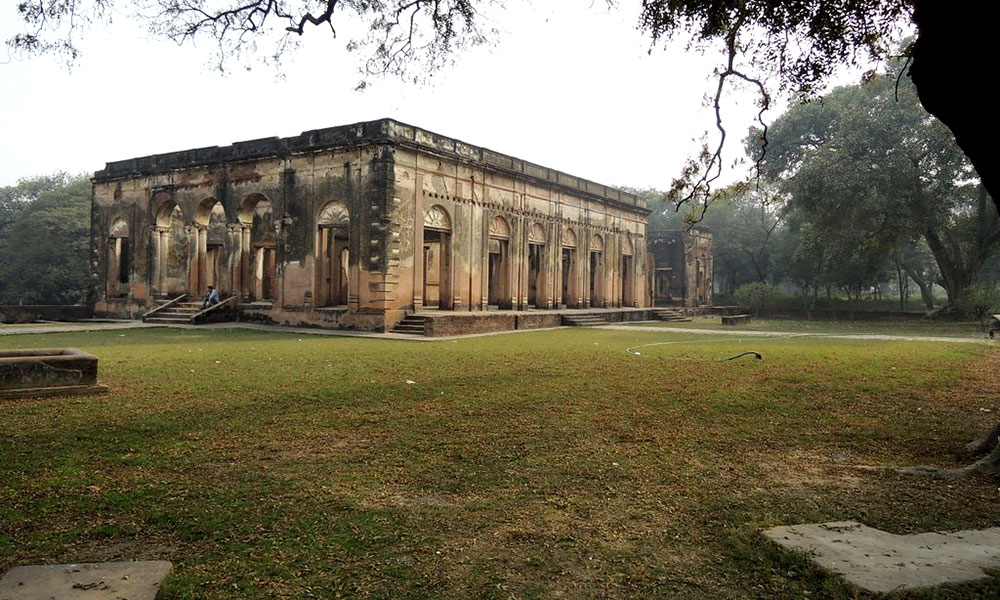 Built in the late 1700s, the British Residency in Lucknow primarily served as the living and administrative quarters of the British General and personnel and was a key target during the Indian Rebellion of 1857. Photo “Lucknow” courtesy of BOMBMAN licensed with CC BY 2.0.

“Laavanya’s curiosity about South Asia’s cultural heritage under British Colonialism is so impressive and inspiring,” says Keshani. “I’m really looking forward to seeing the results of her research as I think there’s real potential for her to contribute something original to the field.”

Although the British Raj was a period of cultural deprivation for India, the British were able to lay out roads, train routes, urban plans and architectural works for the country. Cities like Mumbai, Chennai and Kolkata were chosen for development, while Lucknow and Delhi — which housed insurgents during the Indian Rebellion of 1857 — were transformed even more extensively.

The British aimed to seize extreme control over these cities, and hence embarked upon creating architectural spaces and roads in order to break apart the proximity of the rebels. By laying out a new city plan, the British were able to create space between the rebels and disrupted their congregational spaces, which were often sites for religious worship.

“Growing up in India, I came to the realization that we’re often made subject to the ideals of colonialism and neo-colonialism without realizing the extent to which we are. It affects our daily lives and even the way we carry out our daily tasks,” Prakash explains.

She believes that this research project will enhance her skill set in the understanding of architecture and the true ‘nitty-gritty’ that lies beneath a nation’s colonial history. This work will help to prepare Prakash for a future in further exploration of art history and human impacts.

“As an undergraduate, the opportunity to conduct this level of research is surely something that has provided me with a head start in the field that I hope to build a career in.”

Prakash says she has future goals of working in a museum or with an art curator, and to continue with her passion in research.