“I am committed to working with children in education, to help empower them and to help these children find their purpose regardless of their upbringing.” 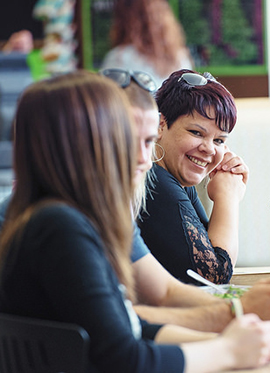 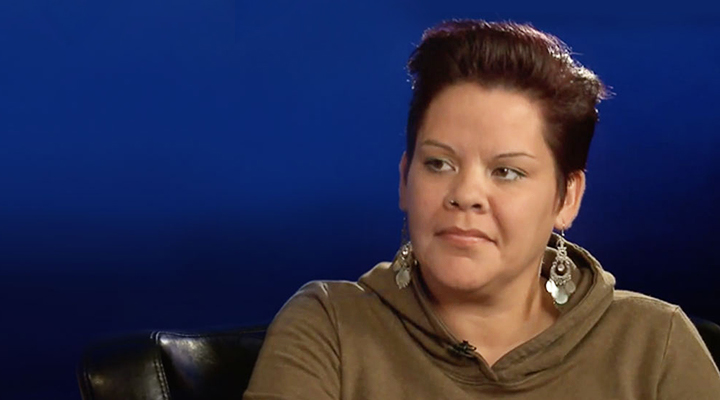 MARY SONG was born an intergenerational residential school survivor. She grew up impacted by facets of colonial residential school, including abuse, lack of affection within the family structure, and post-traumatic stress disorder. Why Indigenous Studies?

As a teenager, Song found addiction in many forms. In 2004, she lost her partner of eight years to alcohol poisoning. She was lost, struggling to establish a clear identity. Then in 2009, she decided enough was enough. To date, Song has been clean and sober. She’s come a long way and shows no signs of stopping. 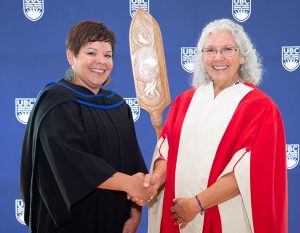 Song graduated in 2016 at UBC Okanagan with a BA degree and a continued thirst to learn more about Indigenous survivors of the Residential School System. That turned into her current master’s degree research, which includes intergenerational survivors, the state of bonds within family structures, and the kinds of structures that help people in the community connect to each other and to the land.

Among survivors and their descendants, Song says she’s noticed a pall of negativity—a general lack of optimism and healthy supports. In this, she can empathize.

Song enrolled at UBC’s Okanagan campus in 2013. During her first year in Indigenous Studies, she also began learning about her mother’s history, as her mother was on a journey to tell her story for the first time.

Her world began to shift. Not until she was 30 years old did Song come to understand her mother’s way of living and the reasons why she grew up the way she did.

Hearing her mother’s story inspired Song to push for a clearer understanding of all the systems that played a role in her mother’s life and within her own. This was the motivation behind her first research project: analyzing and evaluating Indigenous student experiences in the education system.

Between UBC projects, Song worked for the School District in Kelowna as an Aboriginal advocate—someone to guide and support young people.

Now her research focus is the Carrier (Dakelh) Nation, specifically the Lejac Residential School in Fraser Lake in BC’s central interior. “My mom’s school,” she says, matter of factly.

THE CIRCLE OF HEALING

Song credits three Indigenous Studies professors at UBC Okanagan who made a difference along the way.

“I am inspired by Dr. Margo Tamez’s use of words, and her passion for working with many Indigenous organizations and groups around the world.

“Dr. Gregory Younging encouraged me to help those who still don’t know why they grew up the way they did, and are still asking those questions.

“And I am ever grateful to Dr. Jeannette Armstrong, who lifted me up and pushed me to find myself within my own personal journey and research area.”

Beyond the people, the services at UBC Okanagan also contribute to Song’s experience.

“Aboriginal Programs and Services has helped me in so many ways,” she says. “There are many resources available, ranging from academic advising, peer mentoring, and networking, that I needed and was provided.”

Song gave back by participating in the Aboriginal Programs and Services’ Peer Mentor Program to help other students find support and resources they needed on and off campus.

Looking back at her undergraduate studies, Song cherishes the learning opportunities, stimulating discussion, and idea sharing in the Indigenous Studies program. Song is particularly passionate about helping indigenous people get to the moment where understanding or forgiveness occurs—to truly heal from trauma.

“Attending the Truth and Reconciliation Conference (TRC) in 2013 opened my eyes to see how much healing is still needed for those affected by residential schools and the Sixties Scoop,” says Song.

“This experience showed me that I am not alone. I am a survivor among many. This is exactly why I am committed to working with children in education, to help empower them and to help these children find their purpose regardless of their upbringing.

“I grew up without grandparents to go to for guidance. As a result, I have sought out and have collected older figures along the way for direction and support.

“Our elders are a very important source of information. They hold the foundation and roots of our culture. There’s much to learn from them, a wealth of knowledge and experience to tap into.

“I hope to one day serve in this role for the younger generation. But for now, I am no longer lost. I have found my calling to help indigenous students in school.”